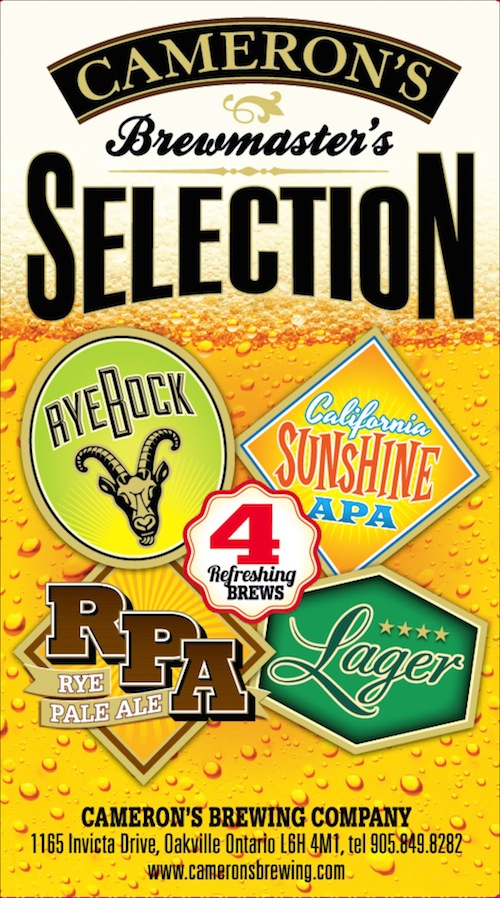 of their beers just in time for summer. The second seasonal Brewmaster’s Selection four-pack, a limited-time release, includes two of Cameron’s award-winning Year-Round offerings plus two of our seasonal offerings available for the first time in a 341ml bottle.