Ottawa, Ontario – The Ottawa business journal has reported that Ottawa’s latest professional baseball team the Ottawa Champions will have some craft beer in the stands on opening day. 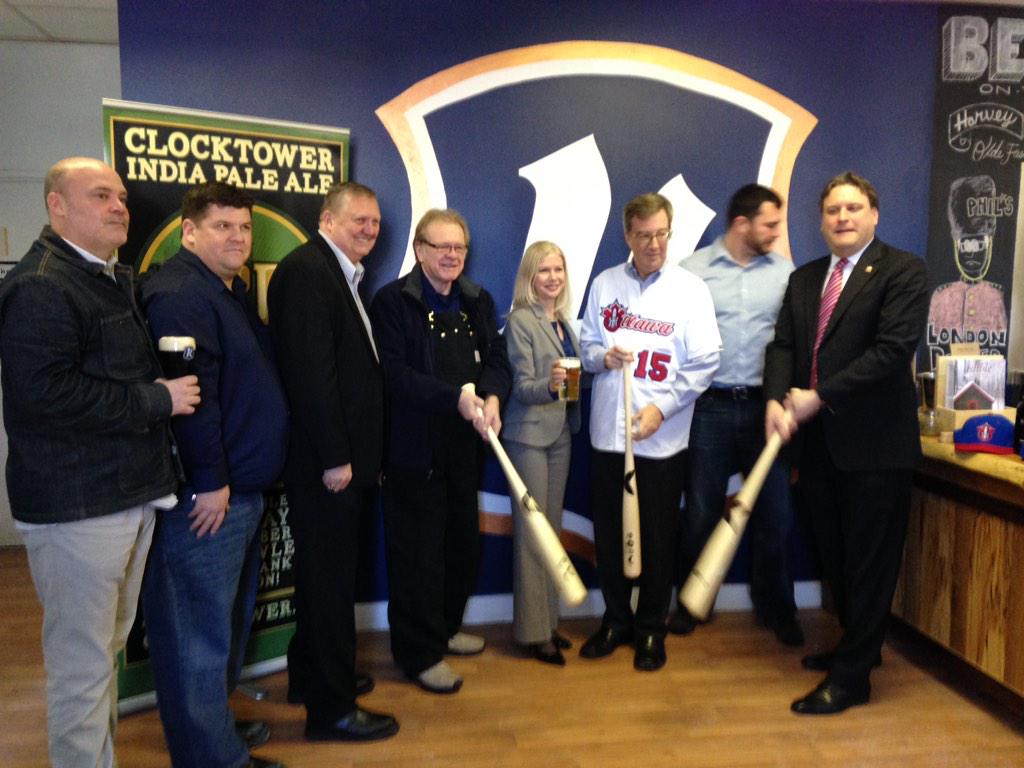 “Beer and baseball have been partners for as long as anyone can remember. It only makes sense to have the Champions and Kichesippi form a strong, Ottawa-based partnership”, Kichesippi president Paul Meek said in a statement.

Each will serve three products and team president David Gourlay said discussions are already underway for some specialty beers to be served exclusively at the ballpark.

“There will be variety so fans don’t just have one type of beer,” Mr. Gourlay said.

The team is also discussing marketing ideas with The Clocktower that could include special deals on game night, perhaps with transportation to the park from the pub’s New Edinburgh location.

Ottawa mayor Jim Watson joined representatives of all the partners at the announcement, held at the Kichesippi brewery.

“I welcome the initiative of the Ottawa Champions Baseball Club to support our local business sector”, Mr. Watson said in a statement, “Investments in our local economy, like these ones, help to promote its growth and I am pleased that Ottawa’s new professional baseball club recognizes how important this is.”